I used to have a list of bookshops, but now almost everything can be ordered online. However I still get more than half of my physical books from charity shops and secondhand bookshops. I can spend hours in these places, and find the most amazing books. Now having run out of shelf space I donate the books I don't think I'll read again to my local charity shop.

The original purpose of the site was to provide information about bumblebees, and hopefully, encourage people to appreciate them.

It was started in 1996, the year that I graduated from Aberdeen University. I would have liked to go on studying bumblebees, but there was no funding for a PhD, and not much interest in bumblebees; and I was reluctant to go elsewhere for family reasons.

So, in case I forgot all I had learned, and because the more I studied bumblebees the fonder of them I became, I felt I should try to pass on what little I knew. At the same time I had just learned HTML, so the Internet and a web site were the ideal solution. Also such things are perfect for someone who is naturally more at home with animals, and not known for her social skills.

In the early days all the pages were written in straight HTML; I did not have an editor. In 1997, partly to show off my prowess, and partly to keep up with web site fashion, I put the pages into frames. I had grandiose plans to have a cutting edge web site. Then I got an email from a teacher in Africa asking me why I'd changed my pages, and telling me his school had only very limited access to the Internet, and the frames were making it difficult for his pupils. Well this brought me right back down to earth. My other emails had been mainly from US schools, and none had complained about download times or access. So from that day forward I have tried to keep the pages simple.

In the early days I received quite a lot of emails - some about bumblebees, and others that were clearly not about bumblebees at all, but about other creepy crawlies. It was then that I decided to expand the site and set up the invertebrate section. Then a little while later I got fed up of students just copying me their homework question and expecting an answer yesterday (one morning I woke up to find I had over 300 emails in my inbox!), and also the number of teachers across the world who set the exact same questions again and again. Much of this information came from the statistics Google provided about what had been entered into the search box. I set about answering some of the questions, and also dug out some of my old notebooks, and set up the homework answers section.

Originally the site was paid for from my own money, but with the advent of Google ads I realized I could make it pay for itself. So the pages had a column down the right hand side where I allowed Google to advertise (I make no restrictions on what they can advertise as long as it is suitable for children to see, so no sex or gambling). What this means is that the domain name, web space, Dreamweaver, etc. is paid for out of the money the site earns from advertising. The site doesn't earn nearly enough to pay a wage, but I don't care, as it is my hobby.

More recently I've been getting a lot of traffic from mobile devices, and forked out a huge sum to purchase an iphone - which I have come to love dearly, and wonder how I managed without one for so long. Anyway viewing the pages on a small screen is easier if they are narrower. So I've removed Google's side column and incorporated their ads. into the body of the pages.

Even more recently I taken to writing fiction. Of course creepy crawlies seem to find there way into this too. Have a read and let me know what you think. If it is truly awful I'll stick to what I know. 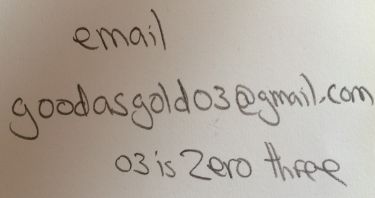 Sorry about this roundabout way, I used to have a clickable email address, but that got too much spam. Then I had a form, but that got hacked and was used to send loads of spam, so much so that my web hosting company contacted me and even took the site offline until I had fixed it. Then I thought I'd have a form with a captcha, but I read that they have been getting hacked. So now I have the above. It is a temporary address and will be closed down as soon as it becomes spammy.

I've had a few emails from people wanting to donate money to help keep the site going. So, click and donate if you want, but don't feel that you have to. The first button in for US dollars

and the second is for GB pounds.