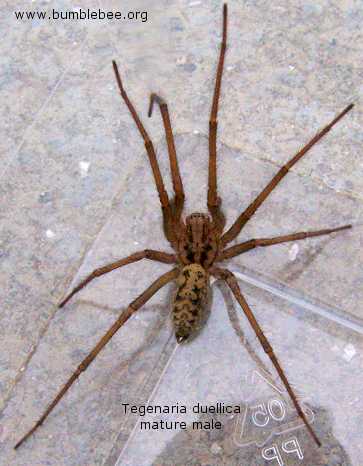 Usually found in houses or out buildings, this one was found on a path at the edge of the woods.

As with all tegenaria the males are more easily seen in late summer and autumn when they wander off in search of a mate.

Females look the same, but have a fatter body.

The web is a sheet with a tubular retreat.

They are found in a vide variety of habitats.

For more on Tegenaria atrica and similar spiders.

Found in dry place in stone walls and around stones.

Found year round in gardens and woods. The female is easier to spot in the summer as she carries her (usually beige or light coloured) egg sac around behind her. 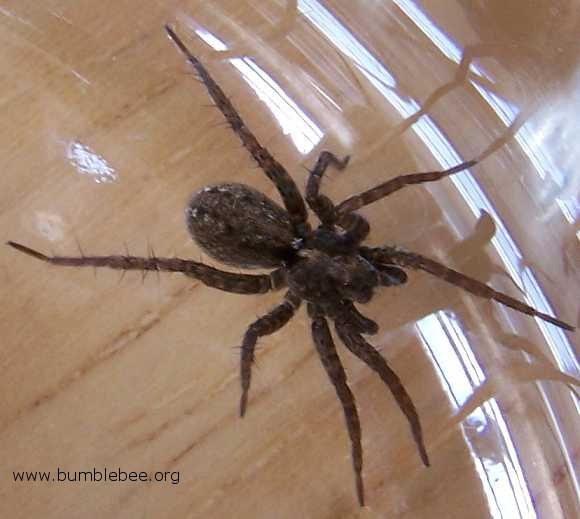 More on Pardosa and other wolf spiders

In gardens and woods in silk lined burrows in the litter layer during the day, in the open when hunting at night. This is a female with her egg sac. She had one leg missing.

More on Trochosa and other wolf spiders